While powerful enterprise reporting tools were once only in the hands of a select few data practitioners within an organisation, modern visualisation tools like Power BI, Tableau and Qlik have been rapidly disseminating through organisations in recent years. Various factors can be attributed to the spread including reduced licensing costs, reduced technology requirements and a dramatic simplification of the user interface for the report authoring tools.

While these tools have and will continue to rapidly add value to organisations, the democratisation of report authoring capabilities throughout an organisation comes with its own set of challenges.

Take the scenario where you are asked to review two reports from the same business area prior to a presentation to the CFO. When the reports are presented you immediately notice that they have significantly different visual styles without a valid reason. One of the reports even has visual inconsistencies between pages on the same report. Not only is this an issue because the CFO has an eye for visual consistency, but it’s clear that there has been a duplication of effort in the visual design of the reports.

It is easy to imagine challenges arising from the opposite scenario as well, whereby two reports have identical visual branding and style but have a significantly different context underpinning them.

As an example, the first could be an exploratory report for analysing monthly financial performance. The report was built by the central data team and it has been distributed to a wide audience for several years. It sources data solely from the enterprise data platform, which has established a level of trust in the organisation. The second report is a new operational dashboard that was rapidly built by the recently formed Strategy and Innovation team for an urgent strategic initiative. It sources data from various sources including some that are less proven in terms of data quality.

If the significant difference in context is not conveyed to users who consume both reports, through a visual style or another mechanism, then it can lead to misinformed decision making and an erosion of trust in the teams that serve the reports.

It’s all about context

I should be clear that this is not about pointing the finger at specific teams, data sources or report development practices. Rather, my point is to highlight that every report has a unique context and as the number of reports a user is exposed to in an organisation increases, the ability to quickly convey the context becomes important.

In subsequent blogs, I will discuss how data visualisation standards and guides can help address contextual challenges by providing consistency over the visual styles used by reports. We will also see how these documents can be used as tools for accelerating the visual design of reports.

Mike is a data specialist with over 15 years of experience. He has deep Microsoft data and analytical skills as well as extensive consulting experience across the domains of strategy, architecture and governance.

He is passionate about using data and advanced analytics to help organisations uncover powerful insights. 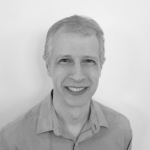 How to measure campaign effectiveness?